Test for early detection of cancer 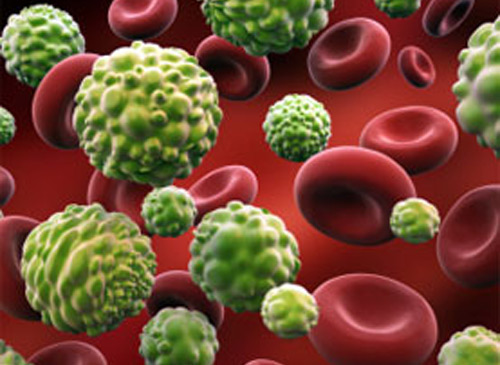 This is the first study to demonstrate successful early treatment due to cancer cell detection by an innovative CTC test known as ISET.

Lung cancer is the 5th most commonly diagnosed cancer in Australia.

In 2020, an estimated 13,640 people are expected to be diagnosed with lung cancer in Australia. Lung cancer was the most common cause of cancer death for men and women accounting for 18.8 per cent of all cancer deaths.

If caught in the early stages of growth, most lung cancers are quite treatable. However, the disease takes root, grows and spreads throughout the body very silently. There are usually no symptoms or non-specific symptoms while the tumor is localized in the lungs.

However, those tiny tumors are shedding tumor cells into the bloodstream, which go on to colonize other organs and tissues. Finding these circulating cells can both prevent metastasis and allow for detection of the primary tumor long before obvious symptoms would first appear.

That is exactly what occured in this latest study, conducted by Paul Hofman, MD, PhD, Head of Laboratory of Clinical and Experimental Pathology at IRCAN (Institute for Research on Cancer and Aging) and the Pasteur Hospital in Nice, France.

In the study 245 people, including 168 COPD (chronic obstructive pulmonary disease) patients, 42 smokers and 35 non-smokers, had their blood drawn and tested using ISET. Circulating tumor cells were found in 5 or 3% of the COPD patients.

As a result of this early recognition, these 5 patients were closely monitored. 1-5 years after CCC detection (CTC validated by cytopathological analysis by ISET), the tumor became visible by CT-scan showing nodules. In all 5, these tumor nodules were surgically at a very early stage thanks to the ISET test.

Without ISET, these tumors would have grown in a silent manner. More than one year after surgery (16 months), there was no tumor recurrence in these 5 patients.  They seem completely cured.

A study "Sentinel Circulating Tumor Cells Allow early Diagnosis of Lung Cancer in Patients with Chronic Obstructive Pulmonary Disease" has just been published in the Public Library of Science (PLOS) ONE open-access journal.

Michael Thomsen is pioneering the use of ISET CTC test in Tasmania.  CTC testing is not just for lung cancer. All solid tumours shed cells into the circulation and the ISET CTC test may be a useful tool for early detection. It is important to state, however, that the test has not been validated as an early detection test. The ISET CTC test is mainly used to monitor the effectiveness of active treatment.

A related test, is the CTC chemosensitivity test. This test analyses the ability of selected compounds to kill the cancer cells isolated from a cancer patients blood stream. If a compound is found to be effective there is a chance it will also be effective in the body. On the flip side, if a compound is found not to be effective, there is no chance it will work in the body.  The chemosensitivity test can be used to test both chemotherapy and natural anticancer compounds.

Tweet
Published in Health blog
More in this category: « Social Anxiety? Fermented Foods May Help Should we eat red meat? The nutrition and the ethics »
back to top