If you are taking a statin to lower cholesterol, you should read this 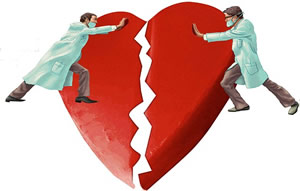 If you are at low risk of heart disease, taking a statin will lower your cholesterol but your risk of dying are the same whether you take the statin or not.

Statins have been shown to lower the risk of future vascular events such as a stroke or heart attack when taken for five to ten years.

The absolute risk reduction is in the range of seven per 1000. That means you have to treat 140 patients with a statin (for five years) to prevent one event.

In other words for 99.3% of patients taking a statin, there is no benefit.

There is also general agreement that statins increase the risk of developing diabetes, especially in women.

Statins may also produce other side effects including muscle pain, cognitive issues, decreased energy, sexual problems, and kidney and liver injury, among others.

The first therapy for any chronic condition is lifestyle changes including exercise and eating a healthy diet. Statins have become the biggest cash cow for big pharma, and it is negative impact on our health budget is huge.

So it would make sense to compare statins to lifestyle interventions for the prevention of heart disease.

Surprise! No statin drug has ever been compared with lifestyle interventions for the prevention of cardiovascular disease.

A new study has found that patients who take statins for high cholesterol consumed more calories and more fat than nonstatin users.

And, not surprisingly, this increase in calories paralleled an increase in BMI (body mass index) in statin users.

An analysis of a prospective cohort study of men revealed that physical-activity levels were "modestly" lower among statin users compared with nonusers independent of other cardiac medications and of medical history.

If statin users consume more calories, gain weight, and exercise less, it becomes easy to see why cardiovascular benefits are so small.

And statins don’t only block the enzyme involved in cholesterol

A statin drug, like so many drugs that block enzyme pathways far upstream in major cellular pathways, is going to have much more biologic action than just moving an easily measured cholesterol level.

And there is more:

Having reached the age of 72, Professor Klim McPherson was prepared to accept some deterioration in his physical capabilities. But when, earlier this year, he found he was struggling to bend over to tie up his shoelaces, he decided enough was enough.

And so it was that little more than a month ago, the Oxford don stopped taking the little orange tablets his doctor had prescribed him and which he had been swallowing before bedtime every night for the past three years.

To his great surprise, within seven days, the aches and pains that had so restricted his movements had almost entirely disappeared.

'I'd been finding it difficult getting down the stairs and had to negotiate them step by step,' says Professor McPherson, one of the country's most eminent public health experts.

'As for reaching my laces, that was painful and uncomfortable. But now I can once again do all the things I couldn't do before.'

The medication that Professor McPherson has chosen to go without is a statin called Simvastatin.

Tweet
Published in Health blog
More in this category: « Herbs for diabetes GAPS Diet and the risk of lead contamination in bone broth diets »
back to top